Black Man With A Gun

This is a history of my journey as a man known as the Black Man With A Gun (trademarked).

The gun rights movement is an evergreen subject debated and supported by politics and the uninitiated. The topic of guns has been an issue with society since the Chinese invention of gun powder. I used it to learn about politics, history, business, the world and myself.

From this journey I have introduced firearm safety into the homes of untraditional America. I have testified and lobbied for the reform of concealed carry in Virginia, Texas, South Carolina, Michigan, Wisconsin and Maryland.

Another friend, paid a webmaster with a doctorate to create my website in 2000.  HTML was like rocket science back then and I had a website bigger than most corporations. It took about 3-5 minutes to load on a computer but it was awesome.  We had dial up modems back then.

I was one of the first “bloggers” allowed to the Shooting Hunting and Outdoor Trade Show (SHOT show) as media.  It was a difficult time.

Bloggers were hated at this time.   We might have hundreds of readers that took no time in comparison to the “dues that had to be paid,” for a freelance writer to make it in the magazine business.

I became the ambassador of grassroots activism.  I learned from the group — Jews for the Preservation of Firearms Ownership (JPFO) before the creator passed away.  I helped the Pink Pistols gain momentum.  I created the Latino Gun Owners page on Facebook.

And I’ve been beat up by the best of the anti-rights people publicly and privately for three decades.

Almost all of my adventures have been made better by the assistance of one person time or another.  I’ve only got this far with a little help from my friends.  I’ve tried all kinds of things over the years. I’ve sold targets, shirts, hats, and eye and ear pro.  I created the Urban Shooter Podcast in 2007. It’s still going but has changed names a few times. I’ve run for public office and written a series of fiction about werewolves. I have become the unofficial chaplain of the gun rights community and all of my social media post are to entertain, educate or enlighten.

The original website (URL), Black Man with a Gun debuted in 2000, in the age of America Online 1.0. It was a big site for the time, taking a few minutes to load. It was complete with the controversial photo taken by Washington, DC artist, Jason Miccolo Johnson Photography that became the cover of my first book. The picture is featured with the American flag in distress in the background as I held a submachine gun.

My editor suggested I change it to Black Man With A Gun, A Responsible Gun Owner’s Manual for African Americans. 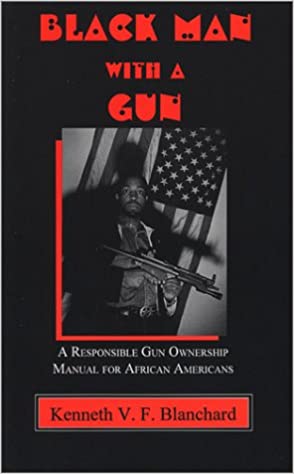 This book was published in the same tragic year as the Columbine Shooting. I have great timing. It was during the time of the Y2K scare.

The gun club and I were also prepping for the apocalypse.  We had older members teaching how to preserve and cook foods.  It was interesting times. I close cousin that had made it big in the NFL gave me money to self-publish.  I had a literal ton of books delivered to my door one day.

The pro-gun book for responsible gun owners that I thought would get me out of debt and make me a hero in my community failed. Oprah’s book club team said it was something they didn’t want to support.  African American book stores were against it.  Although books about drug dealers, pimps and gang members were prominently displayed.

When they went out of business I didn’t weep.

During this time I became obsessive trying to find a niche in the firearms industry. I created a training business focused on bringing minorities to the shooting sports and founded a national shooting club from African Americans called the Tenth Cavalry Gun Club. I have been the recipient of the National Rifle Association’s Carter-Knight Freedom award, the Second Amendment Foundations’ Gun Defender Award of the month (August 1997) and the St. Gabriel Possenti medal from the St. Possenti Society.

I started before social media. Over the past few decades, I have been involved in almost every pro-rights event that required a person of color to show the diversity of the shooting sports around the country. I have provided commercials for TV against racist gun laws and been featured in four documentaries, one with the BBC.

I was a columnist for New Voices Newspaper of Durham, North Carolina. I have served as a director and chaplain of the Law Enforcement Alliance of America. I have worked with the American Sport Shooting Council, the Second Amendment Foundation, the CATO Institute, Gun Owners of America, and the National Rifle Association. The first edition of Black Man with a Gun was featured in the August 2001 edition of American Rifleman. I was featured in the Washington Business Journal on Jan. 2002.  I was mentioned in the Wall Street Journal (1999) as a security expert. I have served on the Urban Affairs, and Training committees of the NRA in the past. I’ve was an advisor/editor for the creation of the Refuse to Be a Victim course book.

These days I feel more like a mountain man after civilization has “become”.  I see the progress of so many that are doing what I could not.  I was too early in most of my endeavors.  The failures hurt so bad, I don’t want to revisit them now even though it is possible and easier.  I’ve tried everything at least once.

Today, I can see the wake I left.  I am an ordained pastor now, that loves playing the guitar and inspiring the next generation to live their best life, and contribute as much as they can to the betterment of the world.

In November 2019, I announced that I was “retiring” from my Second Amendment activism.

At the time of this post it's 2022 and I have been sporadically still podcasting this show. I believe that I succeeded in inspiring the next generation of activist. A look into Instagram and Facebook alone will prove to you that I am not the only black man with a gun. I am proud to know many men and women of color, Latinos / Hispanics, and others in the nontraditional gun community doing their thing. 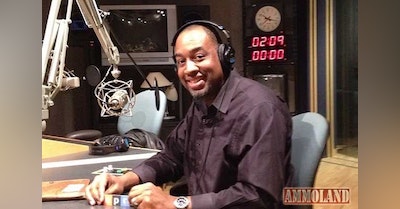 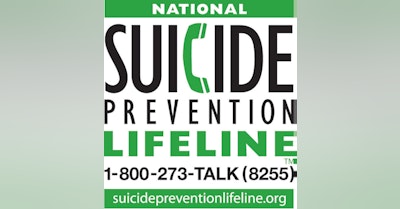 Trying to be a rainbow in someones cloud

Rev. Kenn Blanchard is becoming "Spoon," a blues playing character advocating for mental health for veterans, law enforcement and clergy. He is highligh…